13) If you … off all electricity, you would save energy. a) turn b) had turned c) turned

20) If people ….. the dodo, it wouldn’t have become extinct. a) protected b) would protected c) had protected

so much damage to the environment.

22) If she had studied more, she … her exam. a) would have passed b) would passed c) will pass

25) If you …. Oxford, you’ll see some interesting buildings. a) visit b) would visited c) visits

27) If we had got to the cinema earlier, we … the start a) wouldn’t have missed b) wouldn’t missed c) miss

If I could spend time with someone famous,

If you put less gel in your hair,

If I went out tonight,

I would always wear high-heeled shoes

You would look absolutely gorgeous

You have to read fashion magazines

If you take off this horrible shoulder-padded jacket,

A if you want to look smart and trendy.

B I would put on my new brightly coloured pinafore and embroidered leather boots.

C it will look more natural.

D if you put on these light blue jeans and this bright cardigan!

F you will look much better.

Match the sentences then transform them into Second Conditional.If you pay less attention to your appearance

If you use your imagination

Your Mum will be delighted

I will buy this funky bracelet

If I buy this tartan scarf

A If you keep on jogging every day.

B you can take my new umbrella.

C you will have more time for school.

D you will spend less money on your clothes.

E If you lend me some money.

F if you put on these ribbed trousers instead of this baggy denim skirt.

G will it match my new overcoat?

Transform these sentences into Second Conditional

I can’t buy this pair of shoes. They are not my size.

I can’t wear this shirt. It doesn’t match my trousers.

I don’t wear this coat. It is out of fashion.

He doesn’t put on that cap. It doesn’t suit him.

I can’t put on this cardigan. It is too tight.

I have to take a raincoat. It is going to rain.

He is short. He can’t afford to wear shoulder-padded suits.

Some people are very calm. Others are nervous. Some people can stay calm in a crisis. Other people panic. What about you? Are you a survivor? Try this personality quiz.

1 If you were on a hijacked plane, would you

a) attack the hijackers?

b) sit still and do nothing?

2 If you won a million pounds, would you

b) spend it as fast as possible?

d) tell everyone about it?

3 If you were shipwrecked on a desert island, what would you do first? Would you

a) shout for help?

4 If a robber attacked you a dark street, would you

a) give him the money?

b) grab his weapon?

5 If you smelt smoke in the middle of the night, would you

a) go back to sleep?

b) run into the street and shout ‘Fire’?

c) look for the fire?

b) telephone the police?

c) help the people in the cars?

7 If a dog bit your leg, would you

a) forget about it?

d) look for the owner of the dog?

0-10. In a crisis you would be cool and calm. You would survive accidents, hijacks and fires. You’re a real survivor because you always think of yourself first. However, perhaps you would have more friends if you thought more of other people.

11-18: You would stay calm in most crises and you would probably survive. But you would also try to help other people and you would risk your own life. A true survivor would only think of herself or himself.

19-25: You aren’t really a survivor. You’re too emotional. In a crisis you would panic too easily. If you panicked, you wouldn’t be able to think clearly.

26-32: You aren’t a survivor at all. In a crisis you would try to be a hero. If someone attacked you, you would defend yourself to live to fight another day.

Упражнение 2. Insert the verbs in the appropriate form to form second conditionals.

Упражнение 3. Find and correct mistakes in the second condition sentences. Some sentences are correct.

Упражнение 4. Join parts of the sentences to form second conditionals.

a) if we fired the cannon here.

b) they would all the same receive an overwhelming majority of all votes.

c) the reader would hardly believe it.

e) if we felt any danger.

f) if you didn’t do this on purpose?

g) the effect would be that much more neutrons would decay into protons.

h) as if it were covered with bees

i) they would deprive themselves of getting more further evidence against him.

j) much more had to be done

I hope, you managed to do these second conditional exercises. Now let’s check the answers.

How could mother go on living with him if it were like this! Почему в данном предложении were, а не was?

I wish it would BE summer in a month (я хотел бы, чтобы через месяц наступило лето) 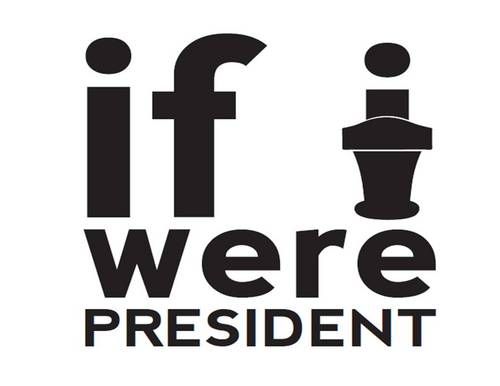 If you (drive) more carefully, you (have not) so many accidents.

If you (sell) more products, you (earn) more money.

The children (be) better swimmers if they (go) swimming more frequently.

I (not mind) having children if we (live) in the country.

If I (be) you, I (not worry) about going to university.

he be slim/ he be more attractive.

I pick the children up/ I am not busy.

you drink much wine/ you feel sleepy.

I am married/ I have lunch at home.

Peter live in a house/ he have a dog.

If you leave the child alone, he will hurt himself.

If it snows, the kids will make a snowman.

I’ll buy this laptop if I have enough money.

If our granny puts on her glasses, she will see the flowers.

If you are too busy, we’ll leave you alone.

I will plant the tomatoes tomorrow if it rains.

If Bob finds his relatives, he will live with them.